I had to pleasure of attending a gathering to go look at the new Fair Oaks Eco housing community that’s currently under construction at 4025 New York Ave, in Fair Oaks, California. 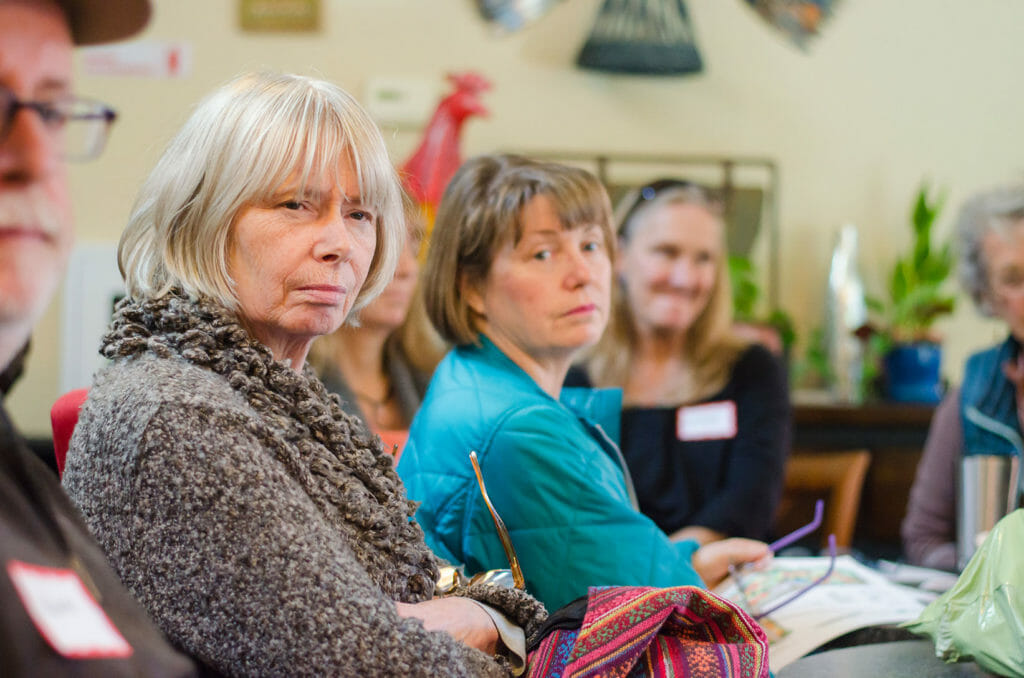 We met in Fair Oaks Village behind the Fair Oaks Coffee House and Deli before heading over to look at the building site.

As each of us introduced ourselves and shared what brought us there, the common theme was about community, fellowship, and feeling connected.

Some of us reminisced about growing up in neighborhoods without fences and how as kids we had to learn to cooperate and get along with one another.

Among us were a few retirees, empty nesters, a school teacher with young children, a woman with her teenaged daughter, a few single people, and a married couple. All interested in co-housing and thrilled that there’s one in Fair Oaks.

John, a future resident, is enthusiastic about the project. He is most excited about the workshop with tools and a place to do creative work. 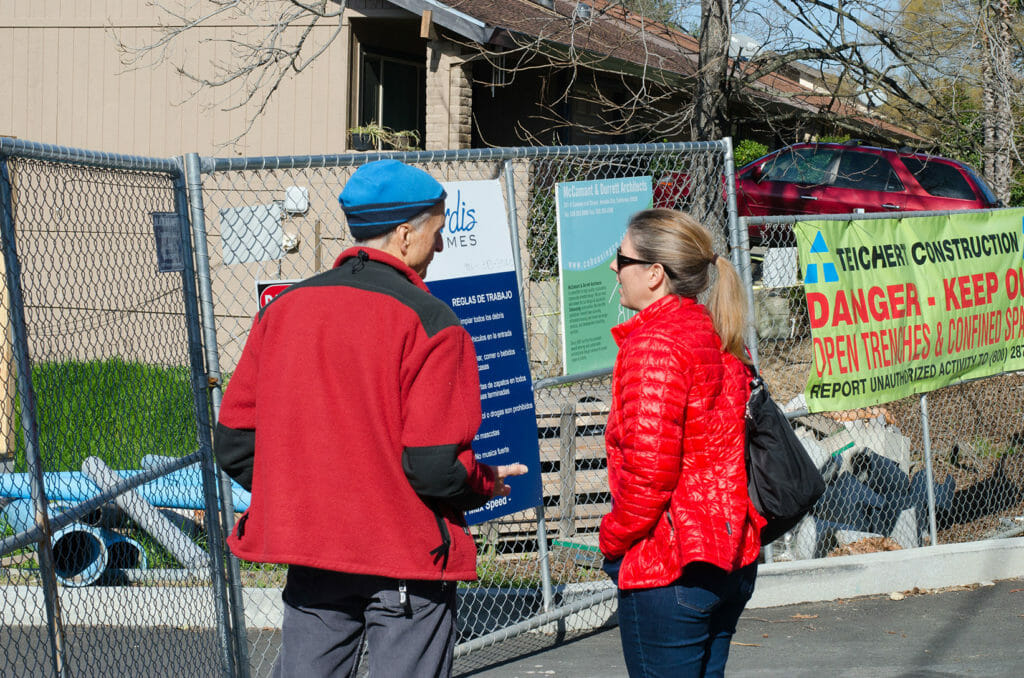 Dennis has fond memories of living in a 52 person cooperative when she was a student in Berkley and was one of the first members of the Fair Oaks Eco-Community. 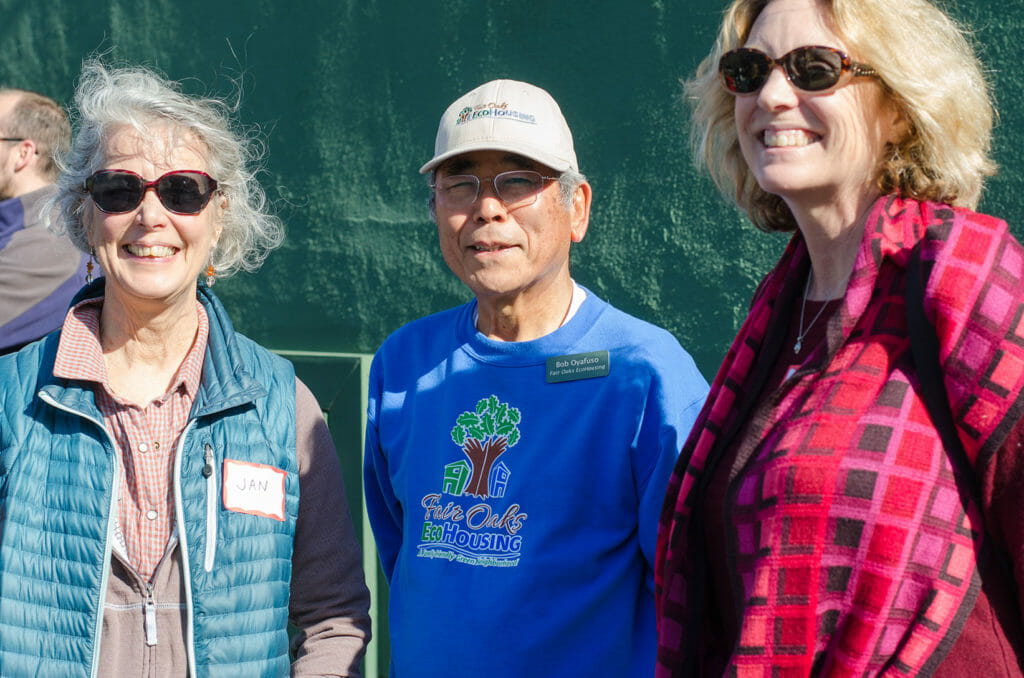 Bob, is one of the organizers already living in a co-housing community. His wife has Alzheimer’s and with that comes loneliness and isolation. He wanted a community that he can lean on at times and that’s why he joined.  It’s been an excellent move for him and his wife. The people have been wonderful to her.

Marty Maskall started the project for the Fair Oaks EcoHousing Community. She was carpooling with a friend, and she looked out his back window to see what his back yard looked like, but she saw all these nice homes with porches facing each other. He also had a front porch facing the street. She noticed that one of the homes was bigger than the others.

She asked, “What is this?” and he said, “Co-housing.” She said, “Co-what?” He explained that it’s a balance of privacy and community. Privacy in your home, and the community at your doorstep. “That was all it took for me!” says Marty. “I was like, I want to live that way but I don’t want to move downtown, and they don’t have any openings anyway, and I thought to myself, it can’t be that hard to start a co-housing community.” She laughs. “But luckily, I didn’t know; and so 15 years later.” 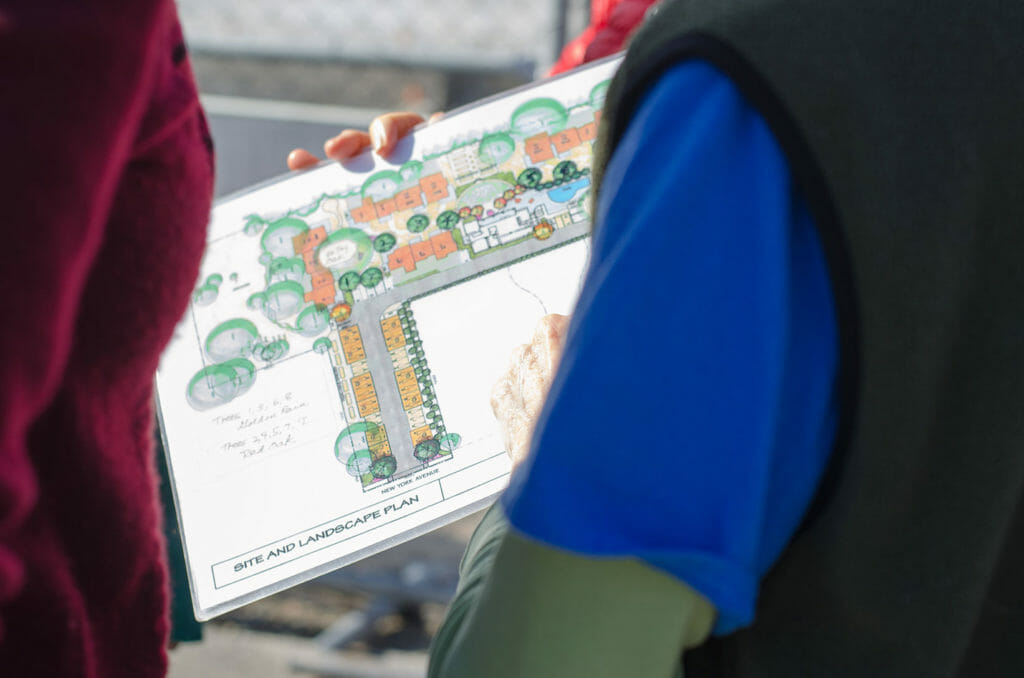 “In life, if we’d really known all the obstacles we would have maybe gotten a little afraid, but I didn’t have enough sense to be afraid,” she says. “Now it’s such a joy to see the smiles on peoples faces when they get it! Just like that!”

“This is a concept whose time has come! I can’t move in fast enough!”

What are cohousing neighborhoods?

Cohousing neighborhoods are composed of privately-owned homes clustered around shared open space and common facilities. A “common house” typically includes a dining room, kitchen, lounge, workshop space, kid’s playroom, and guest rooms; it is the heart of the neighborhood for a variety of other activities.

At the time of this article, they were down to two homes left and an offer was coming in that day.

Learn all about the project and the history of how it all began by visiting the Fair Oaks EcoHousing website. 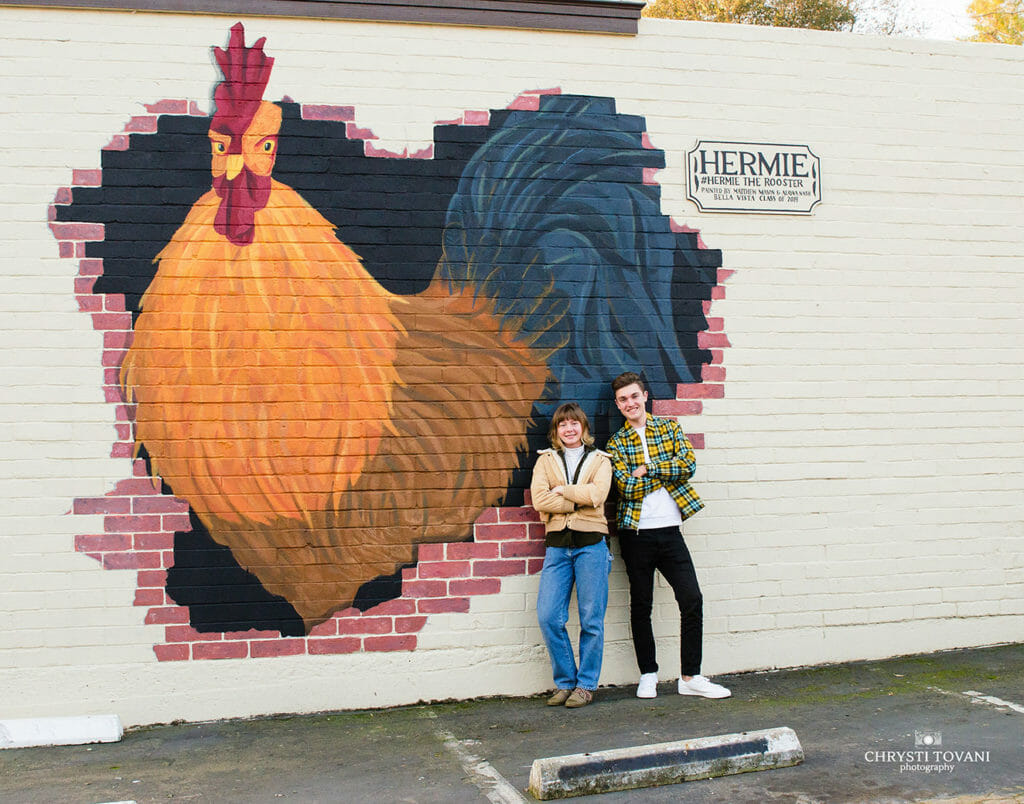 Jacqueline Gorre, the owner of Cinderella Complex, let me know that Lori Wallace with Good Day Sacramento was going to cover the unveiling of the Hermie the Rooster Mural. We all arrived in the Village at 7 AM. 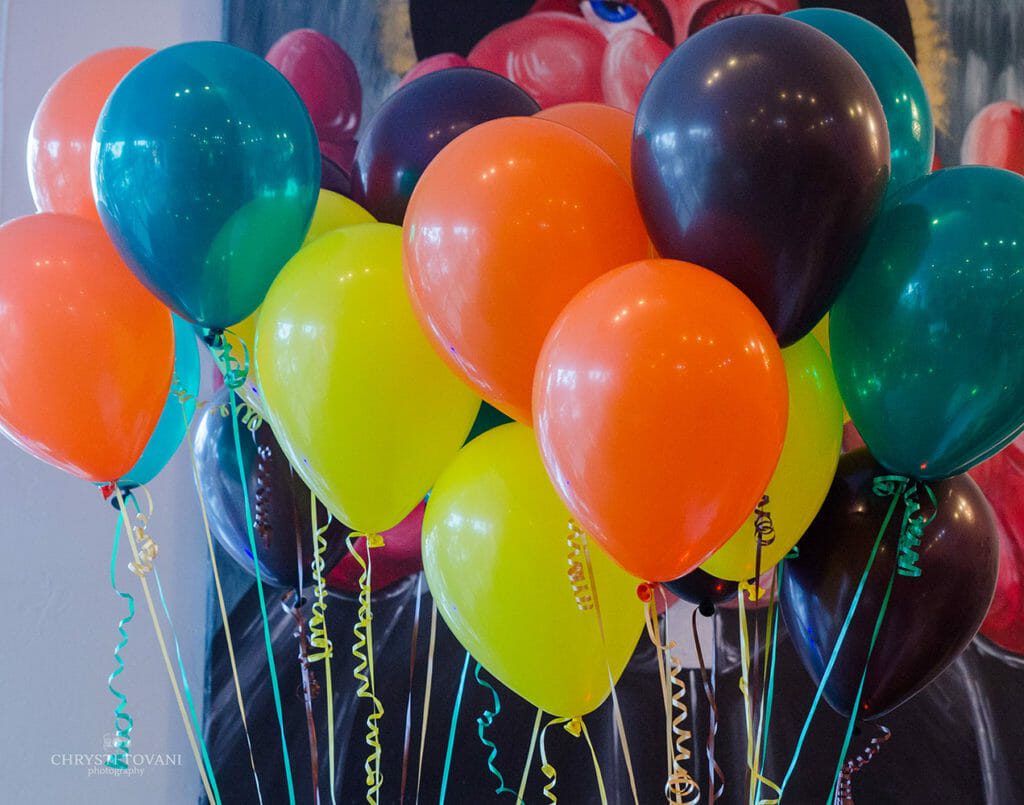 We gathered inside the boutique excited and eagerly anticipating the arrival of the news crew. 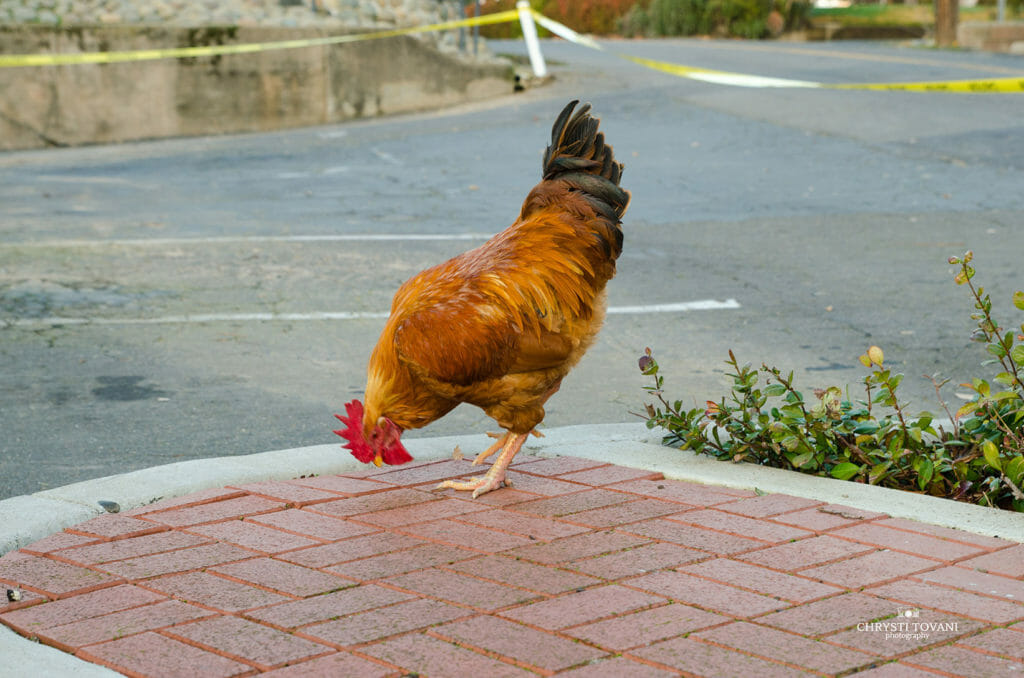 Hermie the real rooster was at his corner totally oblivious about being the guest of honor. 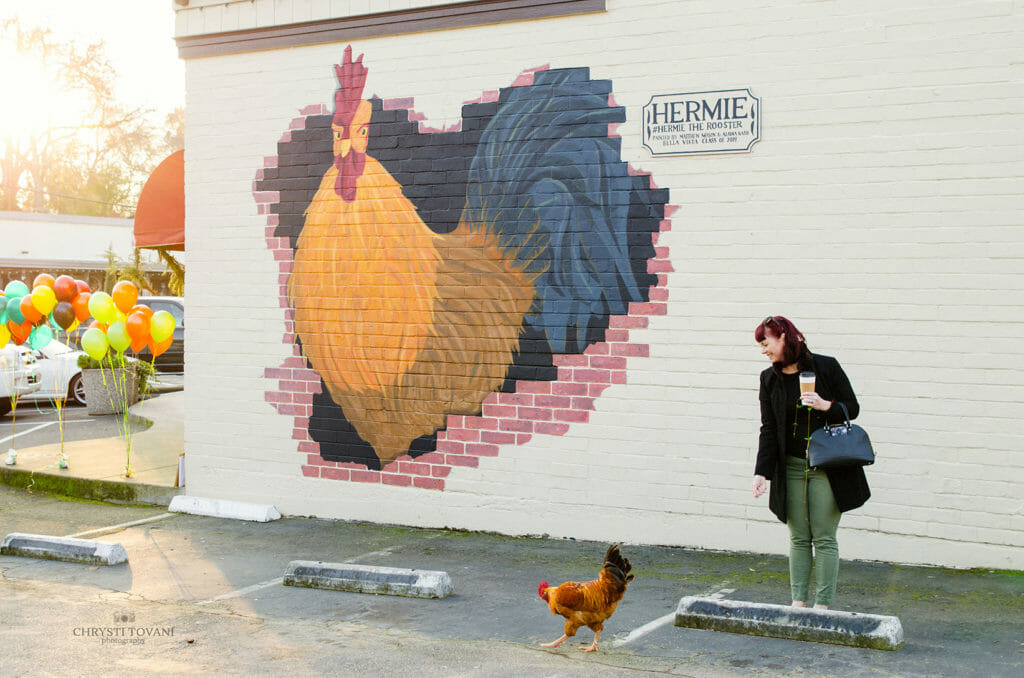 This young woman kept Hermie calm and even got him to make his cameo appearance on queue. 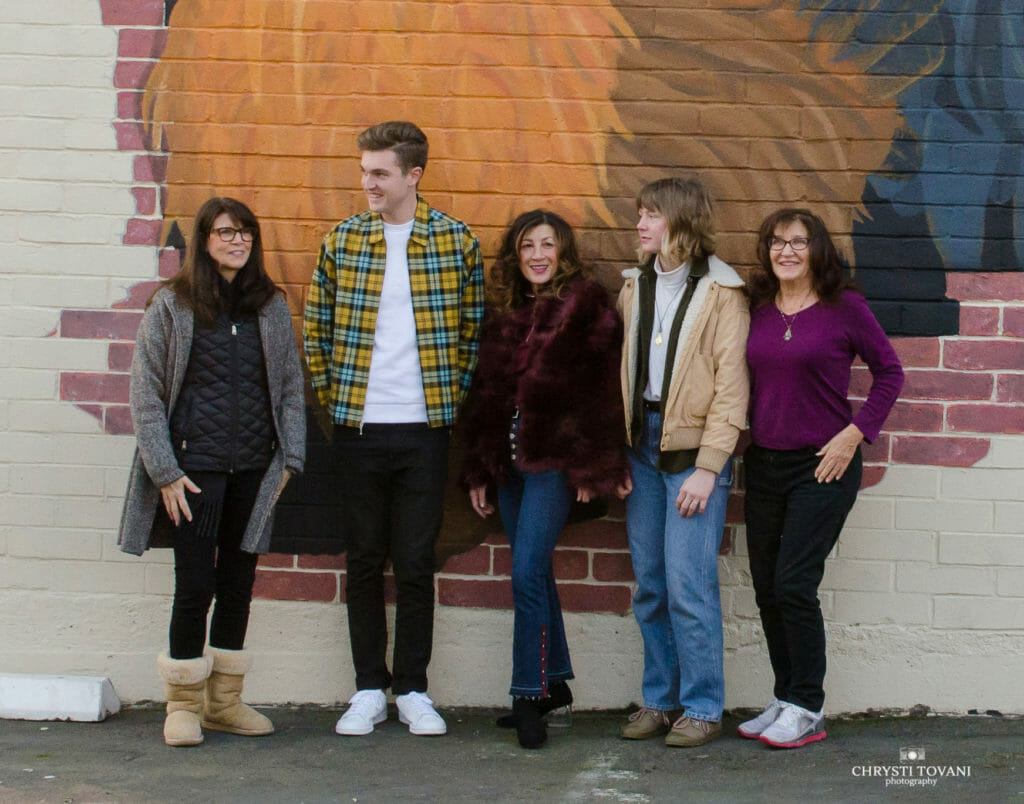 From left to right are Julie, whose father has owned the building since the 1970s and is the namesake for Hermie. Co-creators Matthew Mason and Alayna. In the magenta shirt is Karen Garman, the art teacher at Vella Vista high school, who has had Alayna and Matthew as students for four years and says they used the grid method to create the mural. In the center is the fabulous stylist, Jacqueline Gorre, owner of the Cinderella Boutique, who helped make this happen. 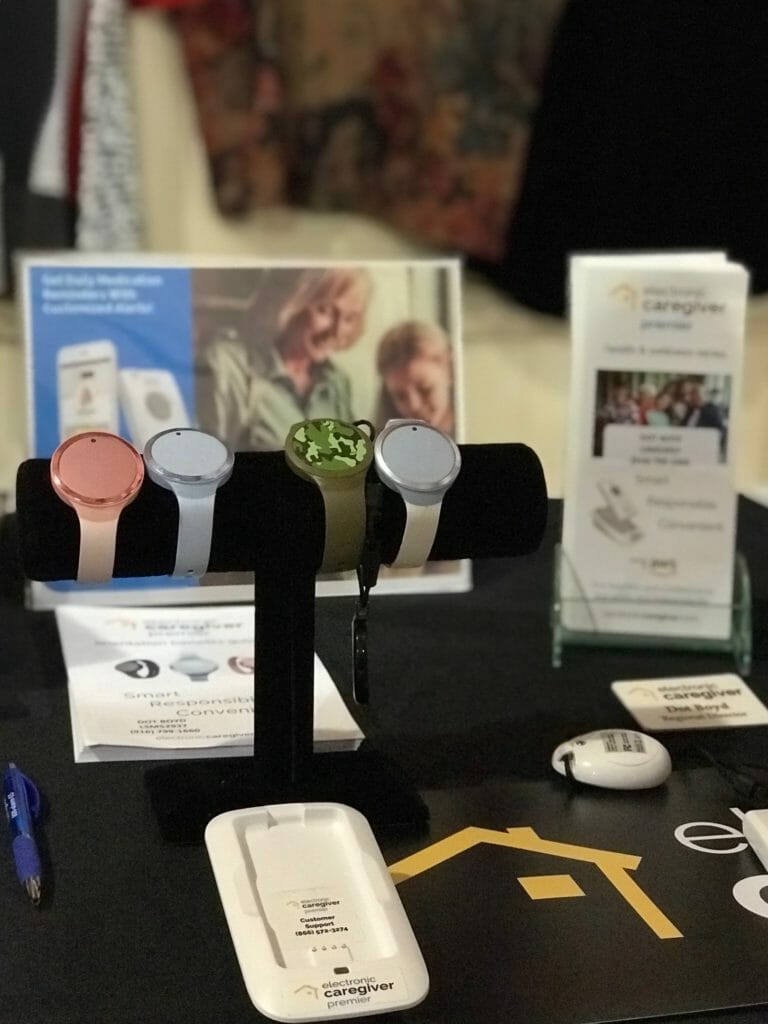 We recently had Dot Boyd as our guest on Fair Oaks Live to educate us about the importance of this life-saving device. Most aging adults want to maintain their independence and having this device makes it safe for them to live alone while giving their family and loved one’s peace of mind. .

Saftey is a concern for all of us, and the electronic caregiver can be there for you in a second that someone approaches and makes you feel afraid or grabs you. It is equipped with a GPS so your where abouts are known and help can get to you. If you have children, it’s a great device for them to wear so that you know where they are at all times and they can press for help in emergency.

“Our mission is to preserve the independence and extend the life of the large population of people at risk of incident, incapacitation or death, due to the effects of physical challenges, disabilities, serious illness or aging. We empower seniors and those with serious health concerns with the ability to live at home. We also protect them from the often-catastrophic consequences of unattended injuries.” 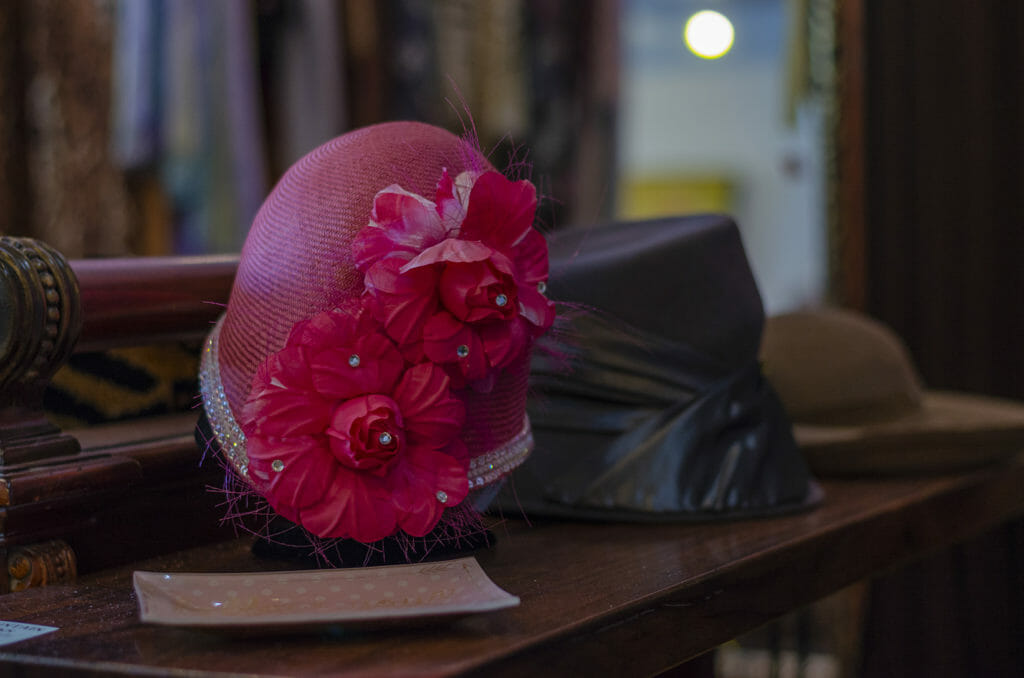 The clothing we wear can transform us and give us confidence. But how do you know what’s the best look on you? Some of us have a natural knack for style, and some of us could use a boost. Or a boot. I love boots. But I digress.

I walked into CinderELLA Complex, greeted by the vivacious Jacqueline. I wasn’t even sure anything on the racks would fit me, but there were some cute blouses, and she brought over some pants, and I had fun trying on clothes. There were some gorgeous shoes and purses too. I walked out with three blouses and two purses for myself and two cocktail dresses for my niece. All of the items were under $10 each. Some were from her special sale rack in the back of the store. She has beautiful clothes in her shop.

She pulled pieces together for me that I wouldn’t have thought of wearing. And I loved it! I tend to be stuck in my look which is okay, but it’s a real treat to have a fashion consultant give you a wardrobe makeover. I felt like I was playing dress-up which is precisely what the name CinderELLA Complex means to Jacqueline. She says that as children we play, and it should feel the same way now.

Jacqueline has an eye for discovering the treasures hidden in the racks of some of the best boutiques in San Francisco, traveling there regularly to bring back designer clothing to sell in her store, CinderELLA Complex. An image consultant as well as a clothing shop owner, she is passionate about empowering her clients with confidence and their uniqueness. What we wear can transform us.

You can visit Jacqueline at CinderELLA Complex located in Fair Oaks Village, next to the Village Salon. It’s the building with the large chicken mural.

If you feel the need for a new look, or improving your image, Jacquline offers professional workshops on enhancing our appearance and also works one on one with clients on image makeovers, including fitness and nutrition routines. She will help you embrace your natural beauty and the transformation enhancing your whole being and self-esteem.

Jacquline believes that when we feel and look our best, we begin to project positive energy and that affects everything we do, and that includes our business and personal life. Fashion isn’t superficial. It’s the essence of who we are, and we should embrace our best selves.

Let’s show some LOVE to the business in Fair Oaks Village by sharing this. We’ll put the link to the GIVEAWAY as soon as we go live! 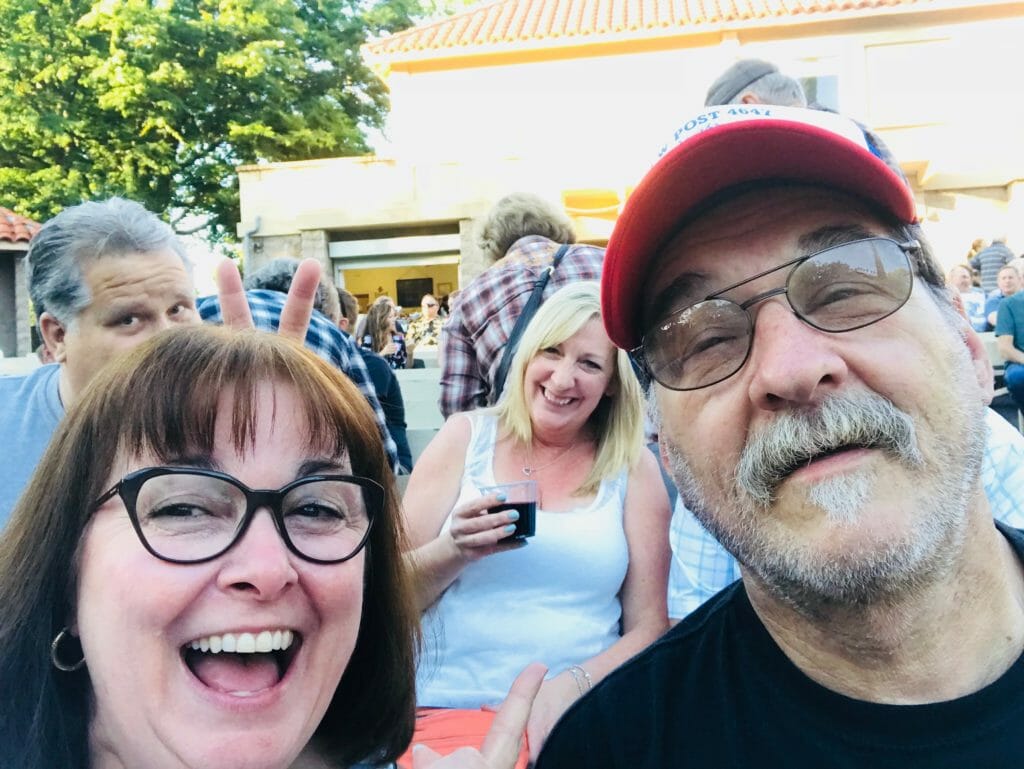 The kick off of the Summer Concert Series by the Fair Oaks Theater Festival at Veterans Memorial Veteran’s Memorial Amphitheatre.  We bought tickets to all of the concerts this summer! Starting with Journey Revisited.

This was our first time at the Amphitheatre in years! They have refreshments. You can buy beer and wine just make sure you bring cash or you’ll end up walking to the ATM up the street. 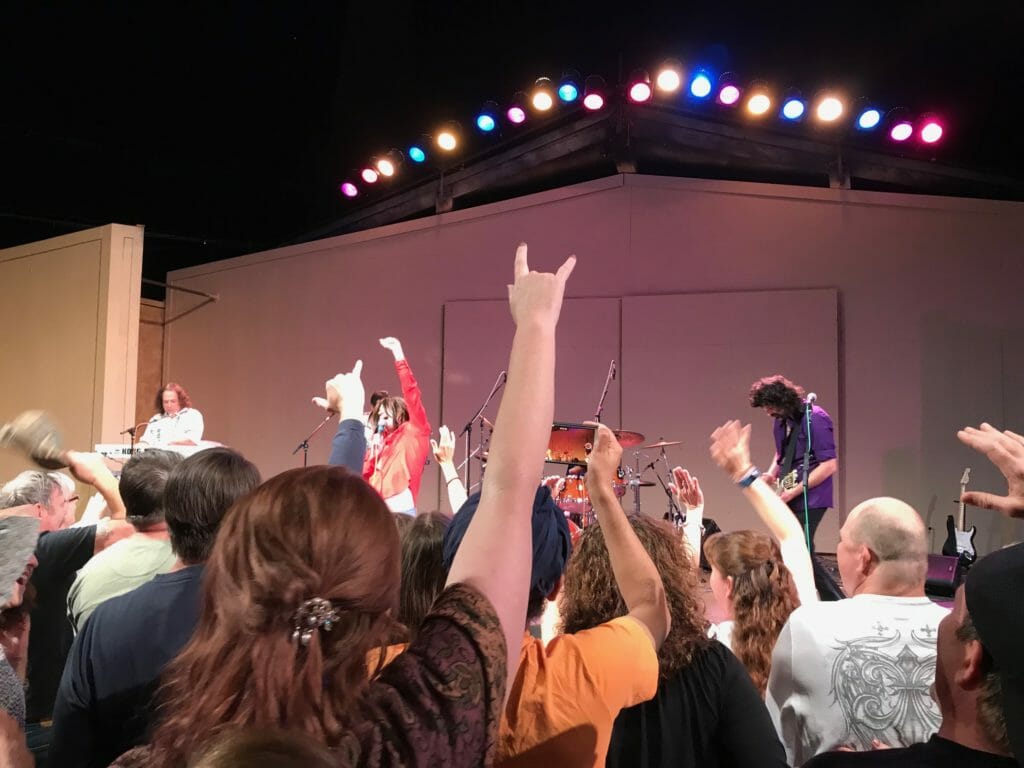 We were all feeling the music. It was a great show! I love tribute bands that put a lot of heart into the music they love so much. Next up, will be the Steelin’ Dan concert in August. Lovin’ Summer 2018!